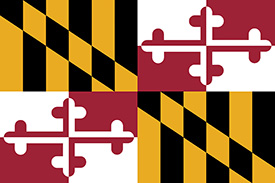 In the City of Frederick, Maryland, there is a thriving Masonic Temple, but the Masonic Traveler this month goes off the beaten path and up the mountain trail to Middletown in Maryland’s Washington County, the first U.S. county named after President George Washington, Master Mason. The nation’s first president and preeminent Freemason, of course, lived and attended lodge across the Potomac River in Virginia. Washington, after all, was raised a Master Mason in Fredericksburg Lodge No. 4 in Fredericksburg, Virginia, and was elected the first Worshipful Master of Alexandria Lodge No.  22—today known as Alexandria-Washington Lodge No. 22, having been renamed to honor the father of our country.

On July 4, 1827, the citizens of Boonsboro held a celebration to commemorate American independence from Britain, an event which included a fife and drum corps, a reading of the Declaration of Independence, and a three-round gun salute fired by three Revolutionary War veterans. The Boonsboro residents also walked two miles up South Mountain and began constructing a stone monument in honor of George Washington. By the end of that day, the structure reached a height of 15 feet on a 54-foot diameter base.

In September of that year, the people returned to finish the monument, which once completed stood 30 feet tall. Perhaps due to more impressive monuments and tributes built to Br. Washington in ensuing years, the monument was left to crumble to the ground only to be restored later by a non-Masonic fraternal organization, the Odd Fellows Lodge of Boonsboro, in 1882.

While the monument itself is of modest size, the dry-laid (i.e., mortarless) construction and Winnie-the-Pooh-beehive shape exude a rustic charm. Even better, the view from the monument is nothing short of breathtaking, looking out over four states: Maryland, Pennsylvania, Virginia, and West Virginia.

The surrounding park offers opportunities for camping, bird-watching (especially of eagles, hawks, and falcons), picnicking, grilling, and hiking, and the famed Appalachian Trail passes through part of the site. During non-COVID times, the park also operates a small museum dedicated to the monument and to the Civil War-era Battle of South Mountain. Ascending the trail to the monument, markers lead the hiker chronologically through important dates in the first President’s life.

While the Washington Monument in Washington County is modest in size, it is of enormous historical interest in reviewing how George Washington’s countrymen first sought to commemorate America’s preeminent Freemason in the operative Masonry of architecture. 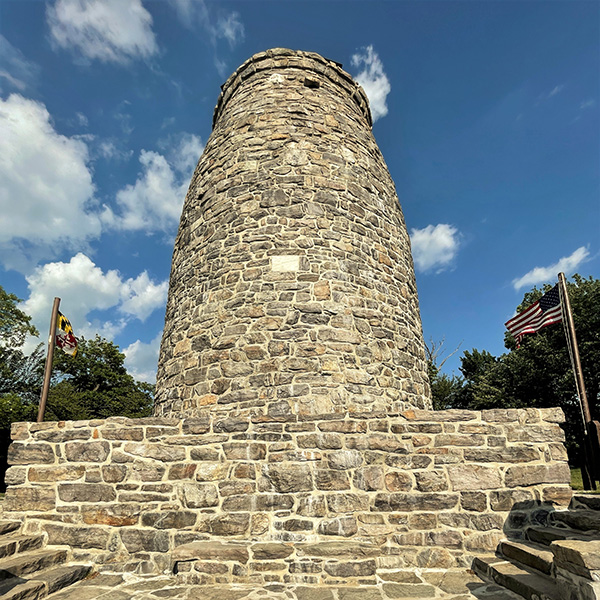