This article originally appeared in Vol. 26, no. 1 (2020) of the Light of the George Washington Masonic National Memorial magazine and is reprinted here with permission.

The Memorial is pleased to announce that The Family of Freemasonry Exhibit has been completed by the recent addition of displays relating the purpose and history of both Shriners International and the Ancient and Accepted Scottish Rite of Freemasonry. The Sovereign Grand Commanders from both Scottish Rite jurisdictions in the United States, along with the Imperial Potentate from Shriners International, attended a special ribbon-cutting ceremony for these displays on February 22, 2020, as part of the Memorial’s celebration of George Washington’s Birthday.

The display for Shriners International informs museum patrons about why the Shrine was created, and highlights the crucial and life-saving work of the Shriners Hospitals for Children.

The Memorial Association is deeply grateful to the Northern and Southern Jurisdictions of the Scottish Rite and Shriners International for making these educational displays possible. 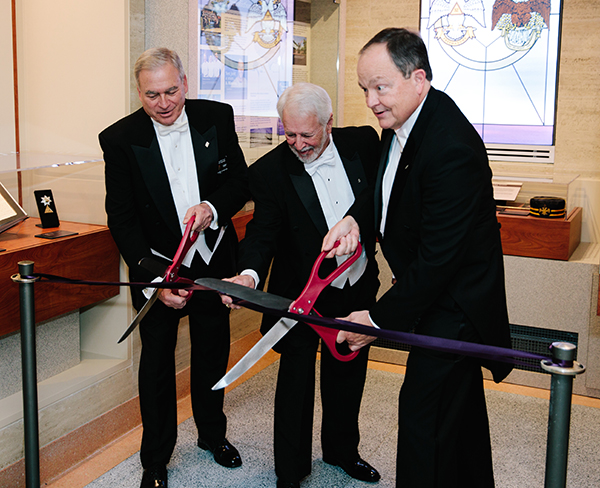