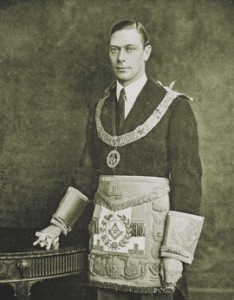 The King’s Speech has been critically acclaimed as one of the finest motion pictures of recent years and has renewed the public’s interest in, and affection for, King George VI who reigned over Great Britain from 1936 to 1952. The film, which chronicles the constitutional crisis created by Edward VIII’s abdication and George’s struggle to overcome his pronounced stammer, focuses on the moving relationship between the King and speech therapist Lionel Logue which had such a happy ending. It also had a happy ending at the Oscars where it won Best Picture, Best Actor (Colin Firth), Best Director (Tom Hooper), and Original Screenplay (David Seidler).

What the film does not mention, however, is that both men were members of the Craft; or that the King believed Freemsasonry had also helped him overcome his disability which rarely surfaced whenever he performed Masonic ritual. Logue, who had been the Master of St George’s Lodge, Western Australia, was also speech therapist to the Royal Masonic School.

Following service with the Royal Navy in World War I, George was initiated in December 1919 into Navy Lodge No. 2612 of which his grandfather, King Edward VII, had been founding Master. On that occasion he noted:

I have always wished to become a Freemason, but owing to the war I have had no opportunity before this of joining the Craft. All my life I have heard about Freemasonry, and though there has always been a certain mystery attached to it, I have learned that Freemasons in this country have been a great help to the poor and friendless and have been notable for their efforts on behalf of children. . . . I like to think that in the future I shall be associated in their great work.

From that moment he became a most dedicated and active Freemason. He was invested as Duke of York in 1920 and the following year was installed as permanent Master of Navy Lodge. He joined several more Lodges as well as moving on to play an active role in other degrees including Royal Arch, Mark (separate from the Royal Arch in England), Scottish Rite, and Knights Templar. He was appointed Senior Grand Warden of The United Grand Lodge of England in 1923 and one year later became Provincial Grand Master of Middlesex.

Believing his future lay in voluntary service Prince Albert devoted an ever increasing amount of time to Freemasonry and other worthy causes, and in November 1936, after joining a small village lodge north of the border, (whose Master was the local postman) the Prince was installed as Grand Master of Scotland.

King George V died in January 1936 and was succeeded by his eldest son Edward, Prince of Wales, who had been initiated (also in 1919) into the Household Brigade Lodge No. 2614. On becoming King, Edward VIII followed precedent and resigned from his many Masonic offices. 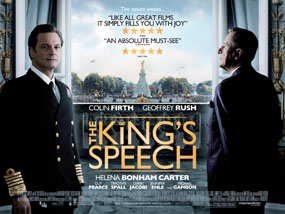 However less than two weeks later Edward VIII had abdicated and Albert with the greatest reluctance ascended to the throne taking the name George VI. The aforementioned precedent required him to resign his Masonic appointments. However his love of the Craft was such that when it was suggested a new UGLE position of Past Grand Master be created especially for him, he immediately accepted. On being invested he stated “Today I have reached the pinnacle of my Masonic Career.” He was doubly pleased when soon after the Grand Lodge of Scotland conferred upon him a similar honor. He continued to play an active role in ceremonies, and as King, and Past Grand Master he personally installed three Grand Masters of the United Grand Lodge.

In spite of the universal condemnation of Edward’s abdication, George continued to admire his brother despite the burdens he was now forced to bear. A note found among his papers, which refers to the most private part of the point of handover of the monarchy, clearly indicates the depth of the bond that remained between two brothers of blood and the Craft. “On entering the room I bowed to him as King.” Then following the moment of abdication he continued, “When David [Edward VIII] and I said goodbye we kissed, parted as Freemasons and he bowed to me as King.”

After World War II, King George wrote that “Freemasonry has been one of the strongest influences on my life,” and in collaboration with engraver Reynolds Stone helped create a postage stamp, part of the “1946 Victory Issue,” which is filled with Masonic symbolism.

The 3d Victory Stamp depicts the King’s head in the East his eyes firmly fixed on illustrations of a dove carrying an olive branch (representing peace and guidance), the square and compasses (in the second degree configuration), and a trowel and bricks (the sign of a Master spreading the cement that binds mankind in brotherly love).

On the stamp the images appear in white, the color of purity, out of purple, the color of divinity. The three coupled illustrations are surrounded by a scrolled ribbon made up of five figure threes. And was the unusual positioning of the wording meant to represent two great pillars? By its name and intention the stamp proclaimed victory over evil, yet by its appearance it expressed compassion and hope.

King George VI once stated, “The world today does require spiritual and moral regeneration. I have no doubt, after many years as a member of our Order, that Freemasonry can play a most important part in this vital need.” The Victory Stamp captured those words in a graphic representation.

He reinforced those thoughts in 1948 in an address he gave to the United Grand Lodge of England. Those words seem as fresh, meaningful and worthy of our most serious contemplation today as they did sixty-three years ago:

I believe that a determination to maintain the values which have been the rock upon which the Masonic structure has stood firm against the storms of the past is the only policy which can be pursued in the future. I think that warning needs emphasizing today, when men, sometimes swayed by sentimentality or an indiscriminate tolerance, are apt to overlook the lessons of the past.

This article first appeared in the Spring 2011 Freemasonry Today, the official journal of the United Grand Lodge of England, and is reprinted with their kind permission.

2. L. to r.: Colin Firth as Bro. George VI and Geoffrey Rush as Bro. Lionel Logue in The King’s Speech