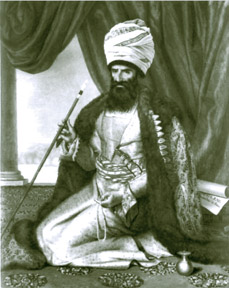 Many Masons are aware that there have been an unusual number of new lodges in Washington, D.C., and that the lodges themselves are unusual in nature. Curiously, what has ensued in Washington has connections with the history of Masonry in Persia, now modern Iran, and it is an example of how something good can come out of troubles.

The 1979 Islamic Revolution in Iran led to the persecution and even execution of Freemasons, and Iranian Freemasons escaped abroad. Some found their way to the Washington area, and they wondered if they could find a Masonic home. What they didn’t imagine was that their search for a home would lead to a revival of chartering new lodges in the District of Columbia.

The revival in Washington started with an Iranian lodge, Mehr Lodge No. 90. Past Grand Master Charles Iversen relates that in 1989 no new lodge had been created in more than four decades. He credits Ill. Robert B. Heyat, 33°, subsequently Grand Master of D.C., for his enthusiasm for a Farsi-speaking lodge that would include Iranian refugees who were Masons and use the Emulation Rite of the United Grand Lodge of England. MW Heyat was Master of Mowlavi Lodge No. 2 in Tehran before the revolution.

Mehr Lodge was consecrated in January 1991. MWB Iversen singles out the fortunate leadership and energy of MW Mansour Hatefi, 33°, the first master. Born in Iran, and educated at the London School of Economics and then George Washington University, Ill. Hatefi later served as Grand Master and is presently the Grand Secretary of the Grand Lodge. Mehr’s success emboldened others, and a whole succession of interesting lodges have been formed. That an Iranian ambassador to Paris in 1808 received the degrees thus had consequences in the diplomatic beehive of Washington in 1991.

The number and variety of new bilingual and affinity lodges that soon followed amazed everyone, and it was hard for some to know what to make of their enthusiastic growth. In retrospect, lodge names often encapsulate eras in a grand lodge’s history. Certainly old Washington lodges such as Federal and Potomac do that. Now it was not just a case of unfamiliar names, but unfamiliar languages.

What has happened in Washington has been a drum roll of new lodges (see chart to the left). These new lodges celebrate their members’ college, language, college fraternity, military service, and other special affinities to each other. The enactment of concurrent jurisdiction between the Grand Lodges of Virginia and the District of Columbia has helped this moment by making it much easier for residents of northern Virginia suburbs to join Washington Lodges.

So while acknowledging the vibrant Masonic life in London and Paris and other major cities, Washington in the 21st century can with justice claim to have become an extraordinarily cosmopolitan city with a potential for being a world center for Masonic discussion and scholarship. A case can be made that the whole thing started in Paris and Persia, two centuries ago.

New Lodges in the District of Columbia Since 1990