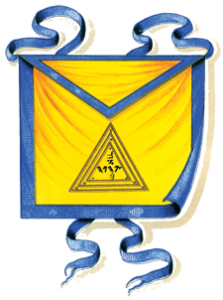 “… No man has the right to dictate to another in matters of belief or faith.” —20th Degree, Master of the Symbolic Lodge

Many pages and even books have been written on the relationship between Masonry and religion. The preponderance of this literature notes that Masonry is not a religion even though it is supports and encourages the Mason to have and actively practice a religion of his choice. That viewpoint is consistent with my thirty years of active Masonic involvement within a half-dozen of its branches. All of the theories of Masonry being a religion are in my judgment based upon false or incomplete information arising from imaginations stimulated by the barrier of Masonic secrecy.

A good starting point is to define what is meant by religion. One comprehensive but concise definition is that religion is 1) a belief in a transcendent being or beings and 2) the practices and ethics which result from that belief. It has been said that beliefs give religion its mind, rituals give religion its shape, and ethics give religion its heart. This definition is very encompassing and includes religions of monotheistic, polytheistic, and henotheistic (a chief god with other lesser gods and goddesses) persuasions. Each religion has its unique understanding of what constitutes God and humankind’s relationship to God.

Masonry has no unique definition of God, but it does require that a Masonic candidate have a belief in a Supreme Being. The definition or characterization of God is left to the individual, and every Mason is encouraged to actively practice the religion is which he truly believes.

This absence of a particular definition of what constitutes God disqualifies Masonry from being classified as a religion. Yes, Masonry does teach many moral lessons, promotes individual freedoms and responsibilities, supports societal harmony and accord, fosters equality and opportunity, develops charity, and respects the family as the key unit of society. These are good things! But they do not make Masonry a religion. The Golden Rule is a good thing and is universally present in the world’s major religions, but that does not make the Golden Rule a religion!

The very great majority of western civilization believes in an Abrahamic religion. These are the three religions (Judaism, Christianity, and Islam) that trace their roots back to the patriarch Abraham. These three religions share these common beliefs:

I. One single, all-powerful, all-knowing God created the world out of nothing. All living things were given a special status and mankind was made in the image of God.

2. Humans were given the special blessing (or curse) of having free will: the ability to determine how they will adhere to moral laws and commandments.

3. God has commanded people to do his will in the world. He has worked and continues to work through the events of history.

4. God will at some future time redeem the world of its imperfections, thus ushering in an age of universal peace.

I am a Kansas Mason and have sat in lodge with brothers who are Jewish, Muslim, Hindu, and Deist; but the majority of brothers you find in Kansas lodges are of the same religious nature as you find walking on main street—Christians of varying intensities of faith. This is to be expected as it reflects the neighborhoods of our lodges. I do not know the religious activities of most of my brothers, but of those whom I do know about, I admire the roles they play in their churches, serving as leaders and committeemen.

Much Masonic ritual is based upon Judeo-Christian tradition. This should not be surprising when you review where and how our ritual was developed. However, the moral lessons are valid and acceptable across religious differences. Such acceptance does not commit the Mason to being a Jew or a Christian any more than recitation of a Veda makes a Mason a Hindu. The Masonic moral lessons are intended to be broader than a specific religion.

It is abundantly clear to me Masonry is not a religion. It incorporates the values and morals common to our major religions, but is not of itself a religion. Masonry would not exist without religion, and religion should recognize that it has an ally in Masonry.