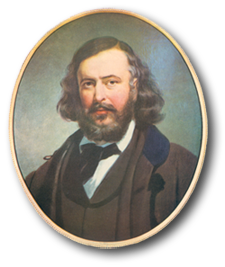 The most widely-encountered definition of Freemasonry describes it as “a system of morality veiled in allegory and illustrated by symbols.” Chief among its objects is the pursuit of “light” which is analogous to “truth” or “reality”—or, to use John Locke’s language, “the knowledge of things, as they are to be found in themselves, and not our imaginations.”1 This is no easy task, as Lord Bolingbroke reminded us: “A knowledge of things as they are, and a knowledge of the ideas about them, are extremely different, as different as immediate and reflected light, as relative and absolute knowledge.”2 However difficult the task, Pike noted in the Secret Master ritual, “Truth and the Lost Word, which are Light, are within the reach of every man, would he but open his eyes and see.” Unlike others Pike did not attempt to define Freemasonry within the narrow limits of a sentence or two, and his writings frequently remind us both what Freemasonry is, and what it is not. Thus, we read that Masonic labor is a type of worship (laborare est orare, “to work is to pray”), that Freemasonry is allegorical instruction, that it promotes faith in God but allows its members religious freedom, and that it continues to be useful in the world today. In fact, by simply noting a few occurrences of the phrase “Masonry is” throughout Morals and Dogma, and by observing what it does, we gather a collective description of Masonic philosophy which very nearly defines Pike’s view.

Masonry is a march and a struggle toward the Light. For the individual as well as the nation, Light is Virtue, Manliness, Intelligence, Liberty. Tyranny over the soul or body, is darkness. (M&D 2:34)

Above all remember that Masonry is the realm of peace, and that “among Masons there must be no dissension, but only that noble emulation, which can best work and best agree.” Wherever there is strife and hatred among the Brethren, there is no Masonry; for Masonry is Peace, and Brotherly Love, and Concord. Masonry is the great Peace Society of the world. Wherever it exists, it struggles to prevent international difficulties and disputes; and to bind Republics, Kingdoms, and Empires together in one great band of peace and amity. It would not so often struggle in vain, if Masons knew their power and valued their oaths. (M&D 6:20–21)

Masonry is useful to all men: to the learned, because it affords them the opportunity of exercising their talents upon subjects eminently worthy of their attention; to the illiterate, because it offers them important instruction; to the young, because it presents them with salutary precepts and good examples, and accustoms them to reflect on the proper mode of living; to the man of the world, whom it furnishes with noble and useful recreation; to the traveler, whom it enables to find friends and brothers in countries where else he would be isolated and solitary; to the worthy man in misfortune, to whom it gives assistance; to the afflicted, on whom it lavishes consolation; to the charitable man, whom it enables to do more good, by uniting with those who are charitable like himself; and to all who have souls capable of appreciating its importance, and of enjoying the charms of a friendship founded on the same principles of religion, morality, and philanthropy.

A Freemason, therefore, should be a man of honor and of conscience, preferring his duty to everything beside, even to his life; independent in his opinions, and of good morals; submissive to the laws, devoted to humanity, to his country, to his family; kind and indulgent to his brethren, friend of all virtuous men, and ready to assist his fellows by all means in his power.

Masonry is not made for cold souls and narrow minds, that do not comprehend its lofty mission and sublime apostolate. Here the anathema against lukewarm souls applies. To comfort misfortune, to popularize knowledge, to teach whatever is true and pure in religion and philosophy, to accustom men to respect order and the proprieties of life, to point out the way to genuine happiness, to prepare for that fortunate period, when all the factions of the Human Family, united by the bonds of Toleration and Fraternity, shall be but one household—these are labors that may well excite zeal and even enthusiasm. (M&D 8:8)

Masonry is the universal morality which is suitable to the inhabitants of every clime, to the man of every creed. It has taught no doctrines, except those truths that tend directly to the well-being of man; (M&D 10:6)

Masonry is engaged in her crusade, against ignorance, intolerance, fanaticism, superstition, uncharitableness, and error. (M&D 15:2)

Freemasonry is the subjugation of the Human that is in man by the Divine; the Conquest of the Appetites and Passions by the Moral Sense and the Reason; a continual effort, struggle, and warfare of the Spiritual against the Material and Sensual. That victory, when it has been achieved and secured, and the conqueror may rest upon his shield and wear the well-earned laurels, is the true Holy Empire. (M&D 32:78)

A Word to the Apprentice: My Force (Strength) is in God

Readers of Morals and Dogma have wondered why the book begins with the word force. Was the selection arbitrary, or was it purposeful? If so, what does it mean?

The word force alludes to the ancient word of recognition of an Apprentice Mason, and comes to us via French rituals, as do most of the Scottish Rite Degrees. In French rituals the word force appears where the word strength occurs in English rituals—the latter having a long-standing Masonic tradition through a connection to King Solomon’s Temple. The entrance porch of the temple was flanked by two large freestanding brazen pillars, one on either side, each of which had a particular name.3 The northern pillar was called Boaz (זעב), while the southern pillar was named Jachin (ןיכי). Contemporary scholarship suggests that Boaz means “In Him [the Lord] is strength,” while Jachin means “He [the Lord] establishes.”4 The precise meaning of these words, as well as the reason they were selected, is still debated. According to early Masonic traditions Apprentices and Fellows met respectively at one of these pillars to receive their instructions and wages, and this presented a rationale for the pillars’ names as words of recognition. The names were said to collectively allude to a promise made by God that He would establish his kingdom in strength—a belief which may derive from 1 Kings 9:5, “I establish your royal throne over Israel forever” or 1 Chron. 28:7, “I will establish his kingdom forever.” The scripture appears in corrupted form in Masonic ritual, often as “In strength will I establish this mine house to stand firm forever.”5

The association between the pillars, the word strength, and the Apprentice Degree is of great antiquity. The Edinburgh Register House MS. (1696), the earliest known Masonic catechism, hints that the names Boaz and Jachin were connected with the Apprentices’ and Fellows’ rituals,6 while an early exposé, The Grand Mystery of Free-Masons Discover’d (1724) explained that “Iachin and Boaz” represent “A Strength and Stability of the Church in all Ages.” Another exposé, The Whole Institutions of Masonry (1724), remarked “The Explanation of our Secrets is as Follow’s—Jachin signifies Strength and Boaz. Beautiful.” When Masonic rituals were translated into French the word strength was rendered as force, as seen in the earliest known French Masonic ritual manuscript, the Rituel Laquet (ca. 1745).7 It states that the import of the word Jakin is “Strength is in GOD” (La force est in DIEU). Within a score of years the two significant words were reversed, but the meanings were not. Hence, in the Rituels du Marquis de Gages (1763), we find, “Brother Senior [Warden], what does Boaz signify?” The answer is “Most Venerable, my strength is in God” (Frère 1er, que signifie Booz?”; “Très Vénérable, ma force est en Dieu”).8

Thus, this tome opens with a not-too-subtle hint at the universal word of recognition which binds all Masons, regardless of rank. With a word of greeting Pike takes us by the grip; and with an admonition he challenges us to take up our working tools, with discipline and restraint, and engage our labors as craftsmen. From this opening word to the last, which unveils “the True Word of a Master Mason . . . the True Royal Secret,” we now travel with Pike into foreign countries, until we “at length make real, the Holy Empire of true Masonic Brotherhood” (Morals and Dogma 32:107). So mote it be.

Ill. de Hoyos’s annotated edition has extensive illustrations and over 4,000 notes clarifying and expanding upon Ill. Pike’s original 1872 text; it also incorporates Ill. Rex R. Hutchens’ Glossary to Morals and Dogma. This new edition is the definitive volume of Pike’s classic work. It is available from the Supreme Council store at www.scottishritestore.org or by calling 1-800-445-9196. Traditional cloth binding is $75 + S&H or bonded leather with bound in cloth markers, gilded edges, and decorative stamping is $135 + S&H.