Home » Scottish Rite Myths and Facts » The Sphinxes flanking the entrance to the House of the Temple represent the columns Jachin and Boaz. 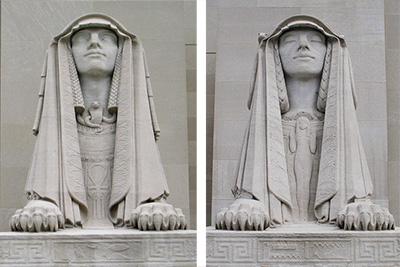