MEMBER LOGIN
We are open for visitors & tours! Please check out our “Planning Your Visit” page for more information. MASKING UPDATE (12/21/21): The D.C. Mayor's office has reinstated the indoor mask mandate; therefore, **masks are required** for everyone—regardless of vaccination status.

Home » Scottish Rite Myths and Facts » More than half of Bro. George Washington’s generals were Freemasons. 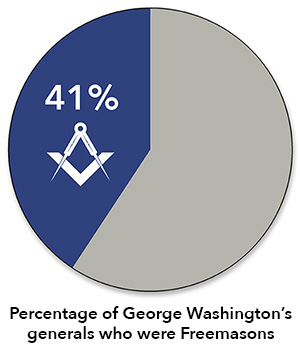 General Officers in the Continental Army who were Freemasons