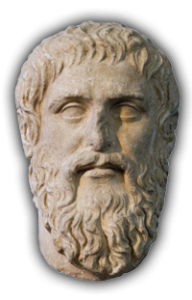 I went down yesterday to the Piraeus with Glaucon, son of Ariston, to make my offerings to the goddess, and to see in what manner they might be celebrating the festival, which was new.
—Plato, The Republic

Among the many absorbing lessons I just learned in the Scottish Rite degrees, three stand out. The first is the wide net that Masonry throws over sources of wisdom. The second is to do good not for reward, but because it is simply right to do so, good work being its own reward. The third is that just men often suffer for their justice. This juxtaposition is evident in the degrees. I thought about how bold Masonry must be to attempt to reconcile these latter two seemingly contradictory lessons.

As men of faith, of course, we have a pat answer. We can content ourselves with knowing that the just man will be rewarded in the afterlife and the unjust man punished. But I’m not sure that is enough for me, and perhaps it is not enough for many brothers. What of the evil man who repents on his deathbed? He has perhaps led a life full of the material rewards which dishonesty and dissembling can bring. He may even have been one of the despotic rulers the Rite teaches us about—incompetent, grasping, illiberal—yet he will have been accorded high honor during his lifetime by the world. Who are we to say that he, unlike the just, will not be forgiven by God and accorded glory in the next world?

And then, what shall we say to those who question the existence of God, or of the afterlife, or if they accept them both still doubt that distinction is made in heaven on the basis of the lives we lead below? In other words, is there still an answer to the question: Why is it better to be just than unjust in this world here and now? Why is justice better, given that just men have suffered excruciating deaths for their justice and that evil men flourish around the globe, as the 18th Degree laments?

A beauty of Masonry is that it encourages us to explore it using tools that may be found outside its rituals. I thought I might suggest one such tool that I have found useful in approaching the questions above. It is a very old book, older than the New Testament, and one with which America’s Founders, including the Masons among them, were familiar (and which incidentally explains why it is no accident that our form of governance is a “republic”).

I allude to the first and greatest utopia: The Republic of Plato. It was not constructed to influence the world’s greatest flowering of political genius centuries in the future in Philadelphia, although that was one result. The reason the theoretically ideal state was built was to examine the greatest of the ancient “ideals” or virtues: Justice. By constructing something large—a state—and filling it with justice, it was hoped that the effects of justice in something smaller—in men—might be better discerned. Why is it better to be just in this life when there may be no reward, when many of the just have received only pain and death? Plato’s construction of an Ideal state was a success in leading men to think about this question.

For anyone seeking the light of this city to illuminate some of the subtle symbolism of the degrees, I commend The Republic. You may not agree with all of it. Plato himself admitted, at the start of what has become the most controversial part, that he was traveling over uncertain ground. On the other hand, perhaps Masons better than other readers will appreciate the mathematical explanation, in multiples of three, of the separation between the various forms of governments representing stages of justice in men. Like the subtleties of Masonry, like a fine wine (an apropos accompaniment to its study), The Republic is best savored slowly.

Plato, Luni marble, copy of the portrait made by Silanion ca. 370 bc from the Academia in Athens. From the sacred area in Largo, Argentina, 1925.