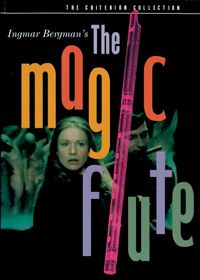 It has been some time since we have talked about The Magic Flute in these pages, and some of our newer members may not be familiar with the work. As to “why now?”—the first book below was published on March 22, 2011.

OK, it’s a mystery/action novel, so I don’t want to give away too much. Suffice it to say that the bad guys (really bad guys) are members of an Italian organization called “The Order of Ra.” Supposedly they were Masons in the time of Mozart, and they did not agree with the Enlightenment values of freedom, individual liberty, and democracy which Masonry was espousing, and so they formed a terror organization, still operating today, to suppress the ideas. And, because Mozart wrote the opera The Magic Flute, “exposing Masonic secrets,” they arranged to have him killed. References to the opera weave in and out of the novel.

The idea that Masons have Mozart killed is not new, it is as old as WWII. The story was invented by Hitler’s propaganda operation as part of his program to discredit and destroy the Fraternity. Just as a reality check, consider the following points.

So, enjoy the story, but don’t fear that his brother Masons offed Mozart because they didn’t like what he wrote. That’s carrying musical criticism a little far!

Now to DVDs of the opera (it really isn’t an opera, but a singspiel—more like a musical with spoken material between the songs). Four different recordings are presented here, selected from many more. In short form, Prince Tamino enters, pursued by a dragon or serpent of some sort. He collapses from exhaustion as three ladies from the court of the Queen of the Night slay the beast. They depart to report to the Queen, and a bird-catcher (Papageno) enters. The ladies return, give the Prince a portrait of Pamina, daughter of the Queen of the Night, and he is smitten by her beauty. The Queen appears and tells the Prince that Pamina has been kidnaped by Sarastro, an evil sorcerer, and Tamino vows to rescue her. The Ladies of the court tell Papageno that he is to accompany the Prince. The Prince is given a magic flute and Papageno is given a set of magic bells to assist them on their journey.

When Tamino arrives at the Temple where Sarastro rules, he discovers that Sarastro is a wise and good leader, and that the Queen of the Night is a villainess. He resolves to join the Brotherhood by passing through the ordeals. Papageno doesn’t want to go (he tells us that wisdom isn’t his thing) but is forced to accompany the Prince.

Ultimately, the Prince passes the ordeals and is united with Pamina. Papageno doesn’t make it, but he is given a pretty wife (Papagena) with whom he will lead a happy, but unenlightened, life. Much is left out, but this is the basic plot outline.

The Magic Flute (Criterion Collection, 1975) DVD Directed by Ingmar Bergman, run time 135 minutes, sung in Swedish with English subtitles, ASIN 0780023080, available new and used on the Internet from about $19.00.

I own about ten different recordings of the opera, but this is my favorite, and certainly the one I would recommend to someone who is new to opera. Bergman, arguably the greatest film director who has ever lived, made it a masterpiece. As you would expect, the filming is powerful and the characterizations clearly drawn. There is much humor in the score, and Bergman gave that its full value. Whether you like classical music or not, this DVD is fun to watch and enjoyable to hear. And kids love it!

Very different from the Bergman film, this DVD of the opera is often dark and brooding, although the comic moments are not overlooked. But the staging allows full playing of Light against Darkness. Diana Damrau is magnificent in the role as the Queen of the Night. Her evil is almost palpable. The production places more emphasis on character than on plot line, and it works very well.

Again, a completely different production. Being a production of the Met, of course the singing is magnificent. The settings are bright, almost cartoon-like, and definitely Egyptian. The comedy is a little more broad. You have to work a little harder to pick up the battle between darkness and light in this production—I have the feeling that they thought of it more as a fairy-tale, which is not an uncommon view of the work. There is less sense that the first act represents the mundane world of illusion and the second act represents the real world of the spirit.

A very different version, using minimalist staging and costumes of Mozart’s period rather than fantasy costumes. In some ways the Masonic elements are more overt (at the opening of the second act, they essentially set up a suggested Lodge room with the lesser lights). My own experience is that it is easier to listen to another version and read the English subtitles. It is well sung, but in some ways less exciting than the other versions shown here.

Note: This is not a complete recording of the opera. Instead, it is a program designed for children (or the young at heart) with a narrator to tell the story in English while selections from the opera are sung in German. It’s a good introduction for the little ones, and the winner of several awards from parents’ groups and publications. I’m giving a copy to my great-nephews.

Now, some books on the topic.

This is an enduring classic in both Masonry and Musicology. Brother Nettl gives an excellent background for Mozart’s music, including the musical “atmosphere” of the time, other Masonic musicians, etc. But the chapters on The Magic Flute are especially helpful. You can hardly go wrong with a free download, but copies of the hardcover edition are available at a very low price.

If you really want to deal with the symbolism in the opera, this is the book you need. Chailley was a professor of music history at the Sorbonne. He studied enough about Masonry to understand the basic symbolism and the culture in which the fraternity arose (one can only imagine the depth of the book if he had been a member) and did a remarkable job in connecting the musical structure of the work with the traditions of Masonry. It really gives an entirely new insight into the music and provides a new level of appreciation. You do not need to be trained in music to read and enjoy the book, although I suspect it would help. It’s one of the best discussions of the opera I have ever read.

Let me admit up front that while I have read reviews of this book, I do not own a copy—the $316 price is a little rich for my blood—but I am including the book in this column because reviewers and musicologists say it is an important work in the understanding of the deeper levels of the opera.

The author holds a Ph.D. in Theology and taught at Utrecht Catholic University.

In reviewing the book, Boudewijn Koole of the Netherlands wrote “Proving anew and definitely that the opera is an ‘alchemical’ one is what he does…. He does so by interpreting the diverse characters, symbols and processes, as well as the totality of them, as illustration of the ‘magnum opus,’ the great work of the alchemists…. Everything is shown in the most convincing details, from classical Greece and old Egypt to the Rosicrucian works of the 16th century. From Isis and Osiris to Mozart’s visit to Pompeii, and the history and meaning of the etchings which accompanied the publication of the opera—with detailed insights into Mozart’s membership in Freemasonry, his personal views about what it stood for, and the way this influenced his musical and theatrical creations.”

Bro. Henry, a musicologist, has produced a fine book which is a little easier for a non-musician to read than is Chailley’s book. Because the publisher’s book description gives a good overview, I am quoting from it.

Thanks to recently discovered documents, we now have a fuller picture of the esoteric influences on the life and work of Wolfgang Amadeus Mozart. Musicologist Jacques Henry shows that the Masonic influence on Mozart goes beyond those pieces, such as The Magic Flute, that fulfilled a ritual purpose for the composer. His works actually provide a complete musical lexicon of Masonic symbols inspired by the principles of the craft and the spirit of the Masonic quest. Mozart constructed his Masonic compositions by creating auditory correspondences to the symbols present in the rituals, choosing keys and tempos that transpose their content into harmony…

A number of musicologists believe that the place of the Masonic spiritual vision in Mozart’s work is comparable to that held by Lutheran Christianity in the work of Johann Sebastian Bach. Mozart wed his deep understanding of music to the esoteric wisdom he gained as a Freemason. He shows that when we lose ourselves in the expression of pure harmony, it is the same as the symbol being lost in what it symbolizes.

“And now” in the words of Monty Python, “for something completely different.”

Bro. Richard Allan Wagner, The Lost Secret of William Shakespeare, electronic book, on CD, available from the author for $13 which includes shipping of the CD, or for $10, for which he will send the book to your computer in a pdf format. Send check or money order to Richard Wagner, 6117 Vineland Ave., Suite 4, North Hollywood, CA 91606.

I must admit I approached this book with a somewhat jaundiced eye. I really had had my fill of “who was Shakespeare, really” books. But I truly enjoyed reading the book. It might as well be a novel, for all the unexpected twists and turns, but Bro. Wagner is writing about real people, and he makes a powerful case that they are real events.

In fact, it’s hard to write a review of the book, because I don’t want to deny you the fun of following the developments—usually a problem in reviewing an adventure novel, not a historical discussion. And what a “cast!” Freemasonry, Shakespeare, Bacon, Sarah Winchester (heiress to the Winchester rifle fortune and builder of the famous “Winchester house”), King James, and the biblical translation which bears his name. Bro. Wagner takes us into the world of the English Renaissance, to a people we know loved anagrams, ciphers, and word/number puzzles.
Whether you accept his conclusions or not, it’s a fascinating read.