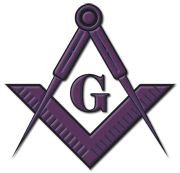 A few years ago in 2005, the painter Peter Waddell made a big splash in the Masonic world. The Grand Lodge F.A.A.M. of Washington, D.C., commissioned a series of paintings of Masonic landmarks in the Capital city. The exhibition entitled “The Initiated Eye: Secrets, Symbols, Freemasonry & the Architecture of Washington, D.C.” premiered at the Octagon Museum in Washington and has spent several of the last years touring important Masonic venues around the country. Now Waddell’s artistic road has reached a zenith with works of the White House itself, commissioned by the White House Historical Association. Though the subject of this show is not Freemasonry itself, it is exciting to note that Waddell seems to have been so influenced by Masonic themes and character that his artistic take on the President’s own house shows a strong Masonic flavor and feeling.

Several notable Brothers were in attendance at the opening party for Waddell’s new show, including MW Akram Elias, 33°, and WBro Paul Dolinsky, KCCH, Trustee of Federal Lodge No. 1. (Federal Lodge has a special connection with the White House because its first Worshipful Master was James Hoban, architect of the White House.) Amidst the elegantly ornate interior of the White House Visitor’s Center, a large crowd of Capital City art-lovers enjoyed the artist’s colorful canvasses with wine to celebrate the festive event.

The continuing Masonic feeling of Waddell’s art just happens to coincide strongly with some central insights of a terrific scholar of Masonic-inspired art. A number of years ago George Washington University Professor David Bjelajac did a lot of research in the Supreme Council’s Library. The insights he gained in our library were strong enough for him to cite with special thanks our librarian, Joan Kleinknecht, when his book was published by Cambridge University Press.1 Bjelajac notes that especially beginning in the 19th century a general tendency to portray biblical themes in a theatrical way was closely associated with Freemasonry. So much so that anti-Masons sometimes chastised artists for excessive theatricality, saying it was a “Masonic trait.”

Well, Waddell’s 2005 Masonic show certainly showed these qualities in the best sense. But it seems that this Masonic trait is so strong in the artist’s quiver that it is very evident in the almost biblical treatment that he gives to great moments of history in the White House. His painting “A Vision Takes Form: the White House Under Construction, 1796” emphasizes traditional Masonic themes of rectilinear order and the building trade. But the feeling is heightened by the near-biblical resemblance of the White House to a mystical Temple of Jerusalem reaching off into the eternal horizon.

This Masonic tendency gets even stronger in a painting of one of our Masonic Presidents, Andrew Jackson: “The Big Cheese: Jacksonian Democracy Enjoys a Special Treat, 1837”. The monumental character of the painting seems to show a clever commentary by the artist, on the somewhat humorous historical moment when the president received a gift of a thousand-pound cheese. The exhibition catalogue notes that, “foreigners looked upon such White House scenes patronizingly as negative expressions of Americans democracy.” As if to counter that, Waddell creates again a scene of biblical proportions with room decorations shining like the heavens themselves, symbolizing the true glory of democratic freedom.

Lastly, the best painting in the show involves these themes of biblical theatricality,mixed with very traditional Masonic themes of Enlightenment. “The Grand Illumination: Sunset of the Gaslight Age, 1891,” depicts a huge Tiffany stained glass artwork screen that once graced the White House. It had been commissioned by Chester A. Arthur and was removed later. Waddell had to reconstruct the very design and colors of it by researching in the National Archives. It is a mysterious and decidedly Masonic sense of light that emerges through the screen. The painting, again with aspects of biblical epiphany, shows a scene of the drama of light both illuminating the figure, but clarifying the darkness as well, similar to Masonic instruction.

Freemasons have commissioned stained glass in the past, so the actual historical connection is not unknown2. But it is a the dramatic sense that is so evident in this beautiful painting and seems to point to a long-lasting effect on this well-known artist. Indeed, Peter Waddell is truly distinguished for being one of the select number of artists of his stature that has been so explicitly involved with Masonic themes, and it seems they still underlie what is special about his work.

Peter Waddell’s exhibition of 14 paintings, An Artist Visits the White House Past, will be on display at the White House Visitor Center, 1400 Pennsylvania Ave., NW, Washington, D.C., from March 23–November 28, 2011. The exhibition is free and open to the public. To see the exhibit on line, visit www.whitehousehistory.org.