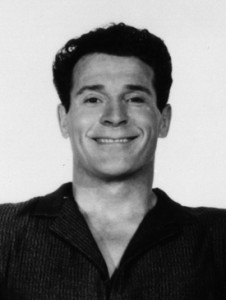 Bro. Jack LaLanne, KCCH, passed away on January 23, 2011. He was an American fitness, exercise, and nutritional expert, celebrity, lecturer, and motivational speaker who was widely referred to as “The Godfather of Fitness.” Bro. LaLanne gained worldwide recognition for his success as a chiropractor and bodybuilder and for his incredible feats of strength and endurance. Through his career, he won numerous awards including the Horatio Alger Award from the Association of Distinguished Americans, and has a star on the Hollywood Walk of Fame and Hall of Fame.

Bro. LaLanne was raised a Master Mason on March 17, 1949, in Chateau Thierry Lodge No. 569 which later merged with Crow Canyon Lodge No. 551 in Castro Valley, where he was still a member. He received the 32°, Master of the Royal Secret, in the Valley of Oakland, California, on October 16, 1950, and received the rank and decoration of a Knight Commander of the Court of Honour in 2009.

Francois Henri “Jack” LaLanne was born September 26, 1914, in San Francisco, California. At age 15, he heard Paul Bragg speak on health and nutrition which had such a powerful influence, it motivated Jack to focus on his diet and exercise habits. He was truly a pioneer, as he studied Henry Gray’s Anatomy of the Human Body and concentrated on bodybuilding, chiropractic medicine, and weightlifting, something virtually unheard of in the 1930s.

In 1936 Bro. LaLanne opened a health club in Oakland, California, and designed several exercise machines. He had a television show from 1951 to 1985, and was one of the first national “fitness gurus,” encouraging everyone to exercise regularly and eat healthy.